Does trials of osiris have matchmaking


Light Mode Become a Guardian of the Light. An exclusion filter allows a flair to be hidden from your browsing experience. Who finally got a PS4? Discussion The matchmaking in Trials of the Nine sucks. My team is mediocre at best. We keep getting matched with people with way above our skill level. Like can't even land a shot on one of them before we are all dead. So far we are up to a solid 45 loses, and 0 wins. It's fucking ridiculous that we can't ever get matched against a team that is in our ELO range.

I don't know if anyone else is experiencing, but this shit is not fun at all. Yeah, I know, gitgud right? There is no matchmaking in Trials of the Nine. Trials of Osiris was by wins.

Trials of the Nine is purely based off of connections apparently. Either that's a lie, or my team got really unlucky with finding cheaters so frequently on Sunday. The first 12 games we had had half the enemy team shooting us through walls Not around corners, straight up through walls and then suddenly teleporting around said wall to be on our bodies teabagging us or dancing. I'm amazed you got to 45 losses without rage quitting. We made it to 0 and 7, then said screw it. There have to be teams out there that are just average like we are, right?

Or have we all been scared off already? Can't even grind losses for a piece of gear or two, like in D1. A little reward for participation would be nice We have definitely quit a few times due to frustration. We do quite well in regular competitive and quickplay. And we do practice a few times a week. I don't think our strategies are terrible, and we communicate regularly. Our new strategy is to check the opposing teams player stats for Trials. 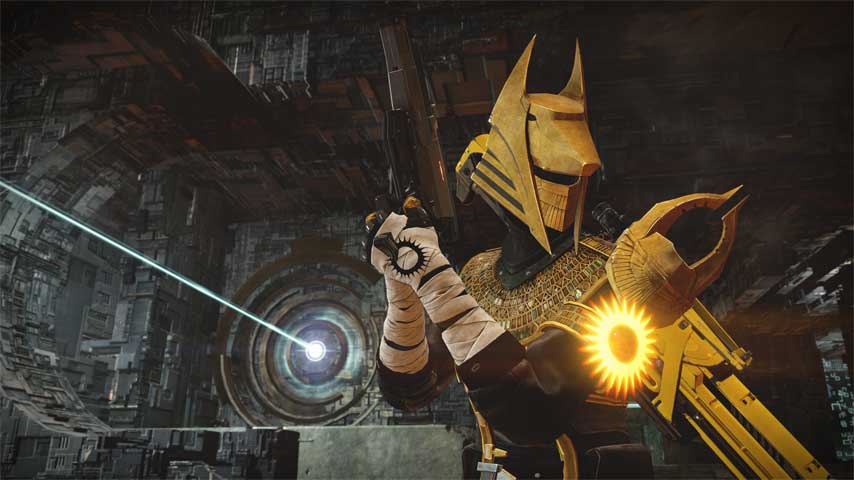 It helps save time and frustration if we just leave the match after seeing we are up against a diamond rating team. I'm sure this is frowned upon, but fuck it. The other team is just going to decimate us then spam us with teabag and laugh emotes. Yeah I'm right there with you. I feel the same about my squad, we're not amazing, but we play a lot and our communication is pretty good. I'd understand if we lost most of the time, but I don't get how we get stomped every time.

What's the point of this mode if it's just the pros feeding off the weak? This would be like if I logged into competitive Overwatch, being Gold level myself, and being thrown into the Grandmaster bracket with the streamers and MLGers. The very least Bungie could do is add participation awards to motivate more lower-level teams to keep at it, and increase the chance of getting to play other lower-level teams occasionally. There was a bounty in D1 that would award you a trials gear just for playing 5 matches, win or lose. Can't say I've matched the same team after that first match.

If that's happening then that's honestly just proof that the matchmaking system needs massive fixes and soon. Agreed it was extremely frustrating ended up going that night after we delayed our matchmaking by doing a round of competitive crucible. If your fireteam always sticks to the same strategy, a good opponent will eventually figure that out and turn things against you.

That's why it's important to maintain good team communication.

wilchligterstran.tk More than that, come up with plans of attack. If you're going to use a defensive strategy, have everyone post up in a defensible location covering different fields of fire, and shout out locations when foes are spotted. If you're going to press the attack, designate one person to push around for a flanking maneuver.

Passage Coins are a rare currency that you can use to buy as many as three "boons" from the Trials of Osiris vendor for each Trials card you run. One boon starts your card with a win on it already, another wipes away your first loss and the third makes your next win count as two.

The problem with Passage Coins is they're a rare commodity. They'll sometimes appear as random drops, and you're guaranteed to get one per day the first time you run the Daily Crucible challenge. Since it costs three Coins for each boon, it's generally a good idea to hold off on buying anything until you're settling in to play Trials with a tight team of friends.

Even then, spend wisely. The boon that starts you with a win and the one that forgives your next loss are fine to buy right away. But skip the one that counts your next win as two until you're far enough into the card that the two-for-one reward makes a difference. Why waste nine Coins on a losing card when you can hedge a bit and just waste six?

Trials of Osiris kicks off on Fridays, and it runs until the weekly reset, which happens very early in the morning on Tuesdays. The flip side of that is the less skilled players will then just stop playing cause they are just getting owned over and over about as fun as a colonoscopy and then it will only be the best people playing anymore.

The vast majority of the game are not blowouts where people just leave in the first 2 minutes and more often the teams seem to end up within 1, points of each other.

That really isn't the case, at least not for me. Honestly I think pure connection based matchmaking with better lobby balancing parameters are what Destiny needs. If you ask me SBMM is just holding players hands to much, especially if they are on the lower end of the skill curve. If those players are never challenged by better players and see higher level of gameplay how are they suppose to grow to become better at the game.

It's those type of plays that make this game great and interesting and it's sad that a huge portion of the community completely misses out on the fact that they are even possibilities because they don't play with players that use these type of high level tactics ever.

I got hate mail for using some of them while playing on my newer cousins profile trying to knock out his Crucible Quest for him telling me I was hacking. Now I'm not advocating for blowouts, I think some of the other changes they made with disconnecting blowouts and stuff is great, and lobby balancing changes would be key to keeping those games in that 1, point mark you were talking about. Another couple things Destiny desperately needs are Ranked playlists and Custom lobby's. The question I have for people with issues with CBMM is why should Destiny be different than literally every other game on the market?

And is it right that some of Destiny's biggest supporters who have played the game since launch, over 18 months, can only find Crucible games against other players after 5 minutes in Brazil, Australia, Pakistan, France, Romania, etc because those are the only other players Destiny can find that are currently looking for a match and have had Destiny since launch and are on the higher end of the skill curve.

We run into only teleporting undamaging red barred enemies who take full clips and disappear to backstab us on a regular basis.

But because of those growing pains, I would say I'm now well above average at this game, and kinda paying for it. I doubt Bungie would be stupid enough to implement skill based matchmaking in a game mode where it objectively makes zero sense.


Maybe it's a bug, maybe it's the ratio of normal players vs savages being way out of wack in trials lately. Regarding skill based matchmaking in general I would say, no matter your skill level, it's really not helping you. Do you want them playing a more laid back game where everyone can have fun the way every FPS does matchmaking or do you want them breeding a group of tryhard PvP monsters impossibly beyond the skill of anyone not playing the game every day?

I heard people were having a hard time going in trials when we were crushing it a few months ago. Curently trials is full of these savage players and we can't get a How do you think more casual players are going to ever get to the lighthouse if they don't get to play against good players ever or when those good players are beyond any normal person's skill level from playing against each other so much? SBMM's premise idealistically is great. Make it so that skilled players are being matched against equally skilled players.

However if you could only fight against players that were within a certain skill level of you then queue times would be atrocious. Also chances are you'd be fighting the same people over and over again. This gives significant advantages to hosts or players near the host. This makes actual skill less relevant when playing in matches.